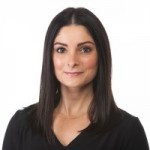 The latest media measurement technique is here, and the premise might surprise you. The “green GRP” as pioneered by Mediaplus, an agency based in Germany, has been developed for TV, addressable TV and radio. The concept of a “green GRP” is novel, at least to me. It indicates that the ad buy is carbon-neutral; that actions were taken to offset the carbon footprint of the media mix.

Have I ever even thought about the carbon footprint of my media buys? I’m not sure how I would begin to calculate that, and Mediaplus’s carbon offset cohort ClimatePartner isn’t sharing their secret formula. They did say they use a calculation model to determine the carbon footprint and how much offsetting needs to occur to make the buy carbon-neutral.

Thankfully, as MediaPost surmised in their article covering the topic, “the effort appears to be intended to drive awareness of the concept vs. introducing a new ad industry metric.” It is also unclear how this impacted the campaign’s cost, but the green GRPs “presumably add incremental cost because of the need to purchase carbon offsets.”

I agree that efforts should be made to offset an agency’s carbon footprint and reduce negative impact on the environment, and I applaud the conversation started by the “green GRP.” I am skeptical that it will become anything more than that, but I’ve been proven wrong before. If not the “green GRP,” certainly there are other thoughtful measures to be taken by the advertising and marketing industries to lessen their blow to the climate.