Did anyone watch the Tokyo Olympics? 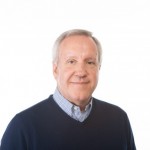 In case you missed the somewhat buried ratings report, television viewership of the Tokyo Olympics was dismal. Yes, a primetime audience averaging 15.5 million viewers watched nightly, but that’s barely half of the 26.7 million audience for the 2016 Games in Rio de Janeiro, and less than half of the 2012 London Games average evening audience. In fact, this was NBC’s lowest average primetime viewership for the Games since they began broadcasting the Summer Olympics in 1988.

So, being both a marketing and sports aficionado (plus the old guy who remembers the way the Olympics used to be), I’ve received this question over the past two weeks: What happened?!?!

Unfortunately, there’s not a simple answer. From where I sit, it was a perfect storm created by a confluence of at least five factors.

For three quarters of the U.S., the Games suffered from a 12- to 13-hour time difference. This made it virtually impossible to watch meaningful competitions live in primetime. And, thanks to social media, gone are the days of “hiding” the results from fans in order to broadcast a tape-delayed event as if it was live (even though this was still attempted at times).

Television viewership has changed, especially in the five years since the 2016 Games. More and more U.S. viewers are cutting the cord every day (the last stat I saw was that the cable industry is losing 14,000 subscribers per DAY). This impacted the Games, while also leading to one of the bright spots: an increase in digital streaming of over 20%. But while NBC likes to promote this stat, streaming only represented about 5% of Olympic viewership, meaning it doesn’t come close to making up for the loss in television eyeballs.

As hard as this is for a diehard sports fan to admit, there may have been too much Olympics. Kudos to NBC for producing a record 7,000-plus hours of coverage. But the challenge was finding it. Were you supposed to watch NBC, NBCSN, CNBC, USA Network, the Golf Channel, Telemundo, Universo, the Olympic Channel, Peacock, NBC Sports Digital or NBCOlympics.com? And for some sports, like many live U.S. men’s basketball games, you apparently needed a premium subscription to Peacock. Between the 13-hour time delay and the fragmented channels, many viewers opted out from fatigue or confusion.

Olympic athlete personal stories are wonderful, and watching track & field, gymnastics and swimming once every four years is exciting. But when fencing is on primetime NBC and men’s basketball is on paid streaming, you risk losing sports viewers. Sure, the Olympics appeals to viewers who don’t regularly consume sports, but without sports fans joining the audience, numbers will continue to decline. For any doubters, consider this fact:  NFL Sunday Night Football on NBC averaged 16.7 million viewers per game last season. That’s over a million more viewers than this summer’s Olympic Games. Sports fans do make a difference.

Like almost everything in our society, there are socio-political overtones to the Olympics. Should the games even take place? Should there be fans? Should professional athletes compete? Should athletes representing their country kneel during that country’s anthem in protest? A number of potential viewers from every side of the political spectrum, sat this one out. Some out of anger, others just tired of the politization of almost everything in society, including sports.

Somewhere in a board room at 30 Rockefeller Plaza (or perhaps on a Zoom call), NBC executives are huddled together. They’re trying to figure out how to reverse this ratings trend and get primetime viewership back above 25 million per night for the 2024 Summer Olympics from Paris.

The answer is easy. The same way you put toothpaste back in the tube. Good luck.